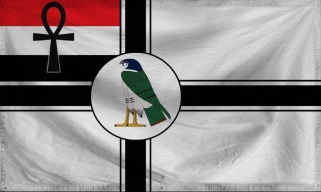 The Consciousness of ZT333 is a colossal, efficient nation, ruled by AtumRa333 with an even hand, and notable for its prohibition of alcohol, compulsory military service, and rampant corporate plagiarism. The hard-nosed, humorless, devout population of 9.656 billion SOULS are prohibited from doing almost everything except voting, which they do timidly and conservatively.

The medium-sized, moralistic, socially-minded government juggles the competing demands of Administration, Education, and Industry. It meets to discuss matters of state in the capital city of Heart333. The average income tax rate is 43.3%.

The frighteningly efficient SOUL economy, worth a remarkable 2,261 trillion Souls a year, is led by the Tourism industry, with major contributions from Information Technology, Book Publishing, and Beef-Based Agriculture. State-owned companies are common. Average income is an amazing 234,203 Souls, and evenly distributed, with the richest citizens earning only 3.3 times as much as the poorest.

Conscripts often volunteer for a second tour of duty so they can get a ticket to next year's Army Revue, the police go to great efforts to seize contraband favored by politicians on the police oversight committee, pictures of government employees with expensive Pearbooks 'working' on exotic beaches dominate local tabloids, and children aren't allowed to chew their pencils until they get home from school. Crime, especially youth-related, is totally unknown, thanks to a capable police force and progressive social policies in education and welfare. ZT333's national animal is the LionBear, which frolics freely in the nation's many lush forests, and its national religion is Polytheism-Gnosticism-Hermeticism.