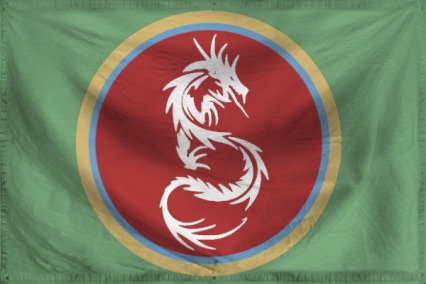 The Empire of
Zhenshiwa
Inoffensive Centrist Democracy
In The Face of Fate, The Empire Endures...
Influence
Enforcer
Region
The Arm of Orion
Civil Rights
Good
Economy
Good
Political Freedom
Some

The Empire of Zhenshiwa is a massive, safe nation, ruled by Empress Kashiwa Oboro Fuyutsuki with an even hand, and notable for its compulsory military service. The hard-working, devout population of 2.454 billion Zhenshiwanese have some civil rights, but not too many, enjoy the freedom to spend their money however they like, to a point, and take part in free and open elections, although not too often.

The medium-sized government juggles the competing demands of Education, Welfare, and Defense. It meets to discuss matters of state in the capital city of Makinami. The average income tax rate is 26.2%.

The Zhenshiwanese economy, worth 122 trillion Zhenwhans a year, is broadly diversified and led by the Beef-Based Agriculture industry, with major contributions from Woodchip Exports, Automobile Manufacturing, and Pizza Delivery. Average income is 49,990 Zhenwhans, and evenly distributed, with the richest citizens earning only 3.9 times as much as the poorest.

An epidemic of unpopped kernels causes movie goers to gnash their teeth, Zhenshiwa has designated Makinami as its capital city, Empress Kashiwa Oboro Fuyutsuki has just been declared ruler of Zhenshiwa in an international press conference, and Empress Kashiwa Oboro Fuyutsuki is the self-declared God of all Zhenshiwa. Crime, especially youth-related, is totally unknown, thanks to a capable police force and progressive social policies in education and welfare. Zhenshiwa's national animal is the Dragon, which can occasionally be seen dodging aircraft in the nation's cities, and its national religion is Sironism.

Zhenshiwa is ranked 122,014th in the world and 18th in The Arm of Orion for Largest Governments, scoring 11.83 on the Bureaucratic Comprehensiveness Rating Scale Index.