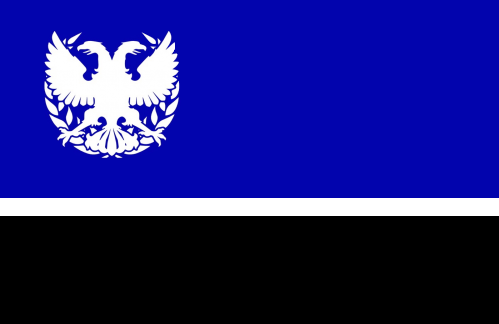 The Interplanetary Federative Republic of Zedeshia - A Brief Overview (WIP)

Zedeshia, officially known as the Interplanetary Federative Republic of Zedeshia, is a democratic republic consisting of seven different systems located in the United Federations. While the country is not often considered a major military power in the United Federations, it is instead a notable cultural and economic center. Approximately 125 billion sentient beings call Zedeshia their home, with this population scattered across various planets, moons, and colonies. The nation of Zedeshia is a member of various alliances and organizations, most notably the Stahlherzbund and the Galactic Assembly.

Zedeshia has an impressive education system, with most schools and services being led directly by the government. Students in the country have seven years of elementary school, two years of intermediary school, and four years of high school. Those attending in these schools usually pay a small fee each year, with the exact price varying from province to province. Schooling is mandatory until graduation at the last year of senior high school. Students who have graduated from this system are then encouraged to attend various privately run colleges and universities that can be found in many different places in Zedeshia. Education is deeply valued among the people of Zedeshia, and the grading system is based around the overall quality and improvement of a students work. This education system has proven effective, as tests made by the United Federations Academic Association have revealed that the average student in Zedeshia has a 91% in mathematics, a 93% in science, and a 95% for social studies and history classes. Because of this, Zedeshia has an overall well-educated population with an diverse array of skills.

Zedeshia has an extensive national healthcare system, where the government provides all citizens with necessary medical attention. Anyone using the national healthcare system does not need to pay or use insurance. Instead, the government pays for these services using national and local taxes. This, combined with the advanced technologies that can be found in the country, has caused a dramatic increase in life expectancy and overall health for those living in the nation. Because of this, the average lifespan of a Zedeshian is an impressive 98.5 years old. Not only that, but Zedeshian healthcare is focused on the overall well-being of a person, mentally and physically, which means that the physical and mental capabilities of those of elderly age living in the nation tend to be superior to those found elsewhere.

Zedeshia also controls one system in the newly discovered Cornelia Galaxy. This system, Idri, is a binary system. Orbiting it's two stars are four planets. The first planet, and the one nearest to the Idri System's stars is Lanok. Lanok is a large and rocky planet, similar in size to Mars. It is a desolate and barren place, and lacks any kind of atmosphere what so ever. Following Lanok is the planet Aro. Not much is known about Aro due to it's thick atmosphere and extremely high temperature, which makes it nearly impossible to study. Aro is orbited by three moons: Ank, Lovolia, and Pizez. The third system of the Idri System is Myre. Myre is a mostly tropical planet. But instead of the usual thick jungle one might expect to find, it is instead the home of alien plains and grasslands. The planet is Zedeshia's most recent colony, and is rich in many different resources. Myre is orbited by two moons, Hetr and Fen. It is home to the remaining 5% of Zedeshias population. The final planet of the Idri System is Baen. Baen is a large gas giant, even larger than Jupiter. It is surrounded by large rings made up of various asteroids and more.

Due to its relatively small population when compared with its amount of territory, Zedeshia is much more sparsely populated when compared with other nations that can be found in the United Federations. On almost every Zedeshian moon or planet that is inhabited, there are a few major urban centers and cities. However, the majority of land is either lightly-populated and rural, or completely uninhabited. Because of this, many tourists visit Zedeshia to see unspoiled regions of nature that is nearly impossible to find anywhere else, a fact that the Zedeshian tourism industry has taken full advantage of. Many different companies offer those visiting the nation an opportunity to see this wilderness, and provide many a way to view various different biomes and regions, from the arid deserts of Ranak to the thick jungles of Irath, which has been extremely profitable.

There are various sources of energy that can be found in Zedeshia. However, the largest and most important of these sources is the brilliant star of the Raxos System. This star is unusually bright, and releases a much higher amount of light and heat than many of the other stars of the galaxy. Because of this, various large power and production stations have been built around the star. These stations collect this energy and store it in batteries and other devices. Because of this, a massive amount of energy comes from the Raxos System, enough to power the entirety of Zedeshia and more. This energy is then transported in two ways: either stored in batteries and shipped across the nation, or directly through a complex system of outposts and power lines; and is used primarily for mining and agricultural operations, then followed by the many cities that can be found in Zedeshia.

Zedeshia has a very deep and complicated history, despite its novelty when compared with many other nations in the United Federations.The Interplanetary Federative Republic of Zedeshia, as Zedeshia is fully known as, was established about 65 years after the Vooperian Conquest of Earth. Originally beginning as a small mining colony at the fringes of the United Federations, Zedeshia has rapidly expanded into a democratic state consisting of seven systems. Though the nations time as a distant colony is long behind Zedeshia, the area is granted greater economic and political freedoms in Vooperia due to their increased production of energy and minerals compared to their neighbors. The region itself is descended from various groups that were minorities of the Baltic and Scandinavian nations. When given the opportunity to leave their traditional homelands to escape the growing persecution in the region under the newly established Vooperian Baltic Federation, these groups accepted, and traveled into the lands that would eventually be known as Zedeshia. These settlers built the former capital of Zedeshia: Juavetia, and slowly expanded into their new home. Approximately 35 years later, with the agreement of Vooperian officials, a constitution was drafted and accepted, and Zedeshia was officially formed. However, the constitution of this young nation would see various revisions over its history. During much of it's past, Zedeshia remained in a state of relative peace and stability. In more recent history, Juaveta was struck by a violent earthquake and was almost entirely destroyed. Because of this, the capital of the nation was redesignated to the larger city of Sudrames. Sudrames has remained the capital of Zedeshia following the incident. Since then, the nation has involved itself in various international affairs, most notably joining the Stahlherzbund and Galactic Assembly, and partaking in various minor conflicts.

The government of Zedeshia is that of a free, federative republic. Zedeshia is made up of 96 provinces across their various interplanetary lands, with 4 autonomous city regions and 19 outer territorial regions. Each of these provinces are subdivided into 10 smaller sub-regions. The autonomous city regions only have three. Every five years, each sub-region elects a official called a Minditsir, or Minor Minister, through a popular vote. The elected officials of these sub-regions then form a Provincial Council. The Provincial Council of each province is tasked with governing the province on minor issues that do not apply to the more powerful Federal Government of Zedeshia. They are also responsible for the management of the justice system of their province, which includes the recruitment and electing of Juries and Judges. The members of these Provincial Councils then elect a leader of the council from one of its members. This leader is known as a Sendati, and joins as a member of the Grand Senate. The Grand Senate is responsible for creating and passing laws and policies. Every three years, any member of the Grand Senate can decide to run for the office of Gravine Minditsir, or Prime Minister. The Prime Minister is the official head of the Grand Senate and is granted various other minor benefits when compared to a Sendati. The Prime Minister is voted by the people through a popular vote. This democratic system has proven effective for Zedeshia, as it has ensured political stability. The nation has been rated as one of the most fair and free countries of the United Federations, with personal and civil rights guaranteed. The economy of Zedeshia is in a state of immense prosperity, with capitalism and free trade allowed, but the government enforcing reasonable regulations to protect workers and consumers. The current Prime Minister of Zedeshia is Pria Lavosk, a social democrat and member of the Social-Progressive Party.

The issue of domestic and international security in Zedeshia is fortunately not of immense concern. The country has an extremely low crime rate, with violent crime being almost nonexistent. However, various virtual crimes have been on the rise. Pirating, scamming, and more have become more and more common in the nation, with government attempts to crack down on these crimes proving ineffective. The nation is also not in serious threat of invasion, with the country maintaining positive relations with their neighbors, and specially designing military defenses in case of an unexpected attack.

Economy
While lacking military strength, Zedeshia is considered to be one of the most economically prosperous nations in the United Federations. The country is extremely rich in many different resources, and the various companies and corporations that can be found there are major producers of valuable metals and agricultural products. Businesses in the country are privately owned, and compete with each other at a rate that is unseen in many other places in the galaxy. Many mining and other operations across Zedeshia are heavily automated, which has greatly increased production of goods. The main export of the nation of Zedeshia are various metals, which are usually shipped to Earth to be processed and turned into various tools and products for the United Federations. The many riches within the asteroids, planets, and moons of Zedeshia provide a near endless amount of copper, gold, silver, and more. Mining is not the only business in Zedeshia however. Information Technology, Solar Powered Machinery, Forestry, and Agricultural products are also exported from the country. Zedeshia mostly imports various parts for ships and weaponry, as the nation is not able to easily access the needed resources and technology to make them. The economy of Zedeshia itself is capitalistic in nature, with corporations and businesses permitted to make and sell goods and free trade allowed between individuals. However, there has been various recent reforms and restrictions created and enforced by the government. This is to ensure that the products produced by businesses are legitimate and safe for use.

The Federative Republic of Zedeshia