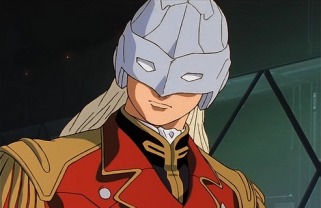 The Tallgeese mobile suit of Zechs Merquise is a gargantuan, socially progressive nation, remarkable for its absence of drug laws. The hard-working, democratic population of 10.212 billion Zechs Merquiseans live in a state of perpetual fear, as a complete breakdown of social order has led to the rise of order through biker gangs.

The thriving Zechs Merquisean economy, worth 512 trillion OZZES a year, is quite specialized and led by the Trout Farming industry, with major contributions from Gambling, Book Publishing, and Pizza Delivery. Average income is 50,232 OZZES, but there is a significant disparity between incomes, with the richest 10% of citizens earning 177,806 per year while the poor average 10,246, a ratio of 17.4 to 1.

The people elect the Supreme Court justices directly. Crime is a problem, with the police force struggling against a lack of funding and a high mortality rate. Zechs Merquise's national animal is the gundam.

Zechs Merquise is ranked 113,894th in the world and 35th in Anime for Most Beautiful Environments, with 534.07 Pounds Of Wildlife Per Square Mile.