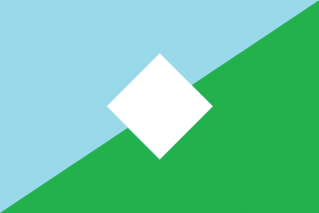 The Commonwealth of Yuledon is a gargantuan, socially progressive nation, ruled by Premier Walden Valerius with a fair hand, and remarkable for its daily referendums, sprawling nuclear power plants, and irreverence towards religion. The compassionate, democratic population of 17.378 billion Yuledonians hold their civil and political rights very dear, although the wealthy and those in business tend to be viewed with suspicion.

The enormous, liberal, outspoken government juggles the competing demands of Healthcare, Education, and Environment. It meets to discuss matters of state in the capital city of Terlania. The average income tax rate is 69.4%, and even higher for the wealthy.

The frighteningly efficient Yuledonian economy, worth a remarkable 1,565 trillion blots a year, is quite specialized and mostly made up of the Book Publishing industry, with significant contributions from Information Technology, Pizza Delivery, and Cheese Exports. State-owned companies are common. Average income is 90,063 blots, and distributed extremely evenly, with little difference between the richest and poorest citizens.

Space research funding has hit a recent high while several military bases are being closed down, the nation is known as the cheapskates of Balder, nude art is becoming wildly popular, and the tax agency is feared more than serial killers and terrorists. Crime, especially youth-related, is totally unknown, thanks to a well-funded police force and progressive social policies in education and welfare. Yuledon's national animal is the platypus, which is also the nation's favorite main course.