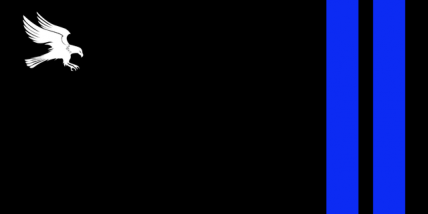 The Resurrection of Yugobatania is a massive, cultured nation, ruled by Monsieur L with an even hand, and remarkable for its museums and concert halls, enslaved workforce, and pith helmet sales. The hard-nosed, hard-working population of 3.882 billion Yugobatanians have some civil rights, but not too many, enjoy the freedom to spend their money however they like, to a point, and take part in free and open elections, although not too often.

The medium-sized, corrupt government juggles the competing demands of Defense, Education, and Industry. It meets to discuss matters of state in the capital city of Unknown. The average income tax rate is 71.7%.

The frighteningly efficient Yugobatanian economy, worth 721 trillion Brins a year, is broadly diversified and led by the Information Technology industry, with significant contributions from Arms Manufacturing, Tourism, and Retail. Black market activity is rampant. Average income is an impressive 185,772 Brins, and evenly distributed, with the richest citizens earning only 4.2 times as much as the poorest.

The seats at the back of the parliament are reserved for indigenous ministers, people are more interested in gossip about the private lives of politicians than their policies, the nation has recently been attributed to the funding of terrorist organisations, and bored sailors desperately hope that someone will shoot at them. Crime, especially youth-related, is totally unknown, thanks to a capable police force and progressive social policies in education and welfare. Yugobatania's national animal is the Erinevo Eagle, which soars majestically through the nation's famously clear skies, and its national religion is Who needs religion amirite.

Sil Dorsett, and 97 others.

The Republic of Free Peoples,

Defense For The World Assembly,