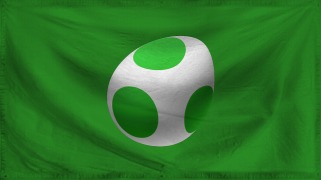 The Federated Modern Republic of Yoshiterra is a colossal, cultured nation, ruled by T Yoshisaur Munchabones with a fair hand, and remarkable for its smutty television, sprawling nuclear power plants, and pith helmet sales. The compassionate, hard-working, democratic population of 6.727 billion Yoshiterrans hold their civil and political rights very dear, although the wealthy and those in business tend to be viewed with suspicion.

The relatively small, corrupt, liberal, outspoken government juggles the competing demands of Education, Administration, and Industry. It meets to discuss matters of state in the capital city of Eggich. The average income tax rate is 25.7%, but much higher for the wealthy.

The frighteningly efficient Yoshiterran economy, worth a remarkable 1,710 trillion Ova a year, is fairly diversified and led by the Tourism industry, with major contributions from Retail, Information Technology, and Book Publishing. Black market activity is extensive. Average income is an amazing 254,241 Ova, and evenly distributed, with the richest citizens earning only 2.8 times as much as the poorest.

Cyber-crime and tin-foil hat sales are both increasing at record rates, space has been brought down to earth with constellations of cancer cases across Yoshiterra, the nation's industries are scrambling to switch to biodegradable plastics, and the armed forces are locked in an expensive and bloody war abroad to stamp out possible terrorists. Crime, especially youth-related, is a problem, with the police force struggling against a lack of funding and a high mortality rate. Yoshiterra's national animal is the Doggosaur, which frolics freely in the nation's many lush forests, and its national religion is Kartology.

Yoshiterra is ranked 180,026th in the world and 5,084th in the Rejected Realms for Most Advanced Defense Forces, scoring 751.63 on the Total War Preparedness Rating.

Fragmented Spero, and 8 others.