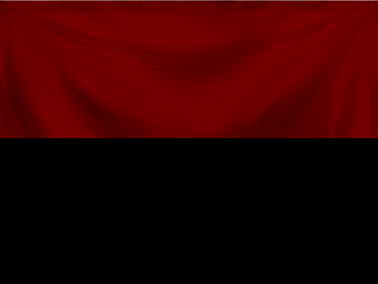 The Greater Empire of Yasuragi is a gargantuan, efficient nation, ruled by Empress Kosei with an even hand, and renowned for its ban on automobiles, free-roaming dinosaurs, and frequent executions. The hard-nosed, hard-working, humorless population of 16.805 billion Yasuris are either ruled by a sleek, efficient government or a conglomerate of multinational corporations; it's difficult to tell which.

The relatively small, corrupt government juggles the competing demands of Defense, Education, and Industry. It meets to discuss matters of state in the capital city of Kumatsu. Citizens pay a flat income tax of 6.5%.

The frighteningly efficient Niyasiragu economy, worth a remarkable 3,111 trillion kolns a year, is broadly diversified and led by the Information Technology industry, with major contributions from Arms Manufacturing, Retail, and Uranium Mining. Black market activity is notable. Average income is an impressive 185,130 kolns, but there is a significant disparity between incomes, with the richest 10% of citizens earning 656,459 per year while the poor average 37,660, a ratio of 17.4 to 1.

In its new More is More campaign the government advertises obese men and women posing coquettishly with baked goods to spare their blushes, hundreds of subterranean tunnels are being built as part of "Project Morlock", the new 'Who Wants To Be A Politician' election debate auditions are more popular than the debates themselves, and nose plugs are the latest Niyasiragu fashion accessory. Crime is totally unknown. Yasuragi's national animal is the albatross, which teeters on the brink of extinction due to toxic air pollution, and its national religion is Laoshism.

Yasuragi is ranked 2,693rd in the world and 109th in Balder for Largest Insurance Industry, scoring 7,763.89 on the Risk Expulsion Effectiveness Rating.