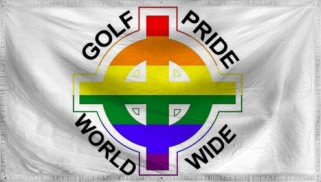 The Free Land of Yank Town is a gargantuan, cultured nation, notable for its avant-garde cinema, multi-spousal wedding ceremonies, and devotion to social welfare. The hard-nosed, democratic, cheerful population of 11.827 billion Yankies hold their civil and political rights very dear, although the wealthy and those in business tend to be viewed with suspicion.

The enormous, liberal, outspoken government juggles the competing demands of Education, Environment, and Healthcare. The average income tax rate is 72.3%, and even higher for the wealthy.

The powerhouse Yank Townian economy, worth 896 trillion Yanks a year, is driven entirely by a combination of government and state-owned industry, with private enterprise illegal. The industrial sector, which is highly specialized, is mostly made up of the Tourism industry, with significant contributions from Book Publishing. Average income is 75,787 Yanks, and distributed extremely evenly, with little difference between the richest and poorest citizens.

A byzantine web of conspiracies and secret alliances must be navigated any time legislation is voted upon, literature classes frequently go on field trips to rock concerts, government bureaucrats shut down teenage yard-raking businesses for being counter-revolutionary, and airplanes have giant grilles on their noses to knock drones out of their path. Crime is totally unknown. Yank Town's national animal is the Motherfricking Yankosaurus, which frolics freely in the nation's many lush forests.

Yank Town is ranked 40,708th in the world and 1,326th in the Rejected Realms for Most Advanced Public Transport, scoring 1,444.95 on the Societal Mobility Rating.

Most Recent Government Activity: 20 days ago