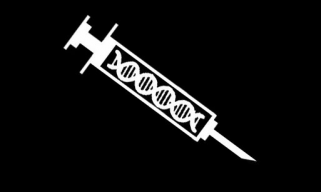 The Scientific Technocracy of Ximea is a gargantuan, efficient nation, ruled by Doktor Wunderbar with an even hand, and notable for its unlimited-speed roads, parental licensing program, and keen interest in outer space. The compassionate, humorless population of 20.679 billion Ximeans are fiercely patriotic and enjoy great social equality; they tend to view other, more capitalist countries as somewhat immoral and corrupt.

The large government is primarily concerned with Education, although Healthcare, Defense, and Industry are also considered important, while Spirituality receives no funds. It meets to discuss matters of state in the capital city of Procyon. The income tax rate is 100%.

The frighteningly efficient Ximean economy, worth a remarkable 7,356 trillion CFUS a year, is fairly diversified and mostly made up of the Information Technology industry, with significant contributions from Tourism and Book Publishing. State-owned companies are common. Average income is an amazing 355,724 CFUS, and evenly distributed, with the richest citizens earning only 2.9 times as much as the poorest.

One does not simply walk into the tundra, business owners return from long vacations to find their factories have been turned into homeless shelters, protesters are up in arms over new nuclear power stations, and in distant lands the nation is known as a lovely place that was even better in the good old days. Crime is totally unknown, thanks to a capable police force and progressive social policies in education and welfare. Ximea's national animal is the land lamprey, which frolics freely in the nation's many lush forests.

Ximea is ranked 189,648th in the world and 1st in Angels of Derp for Largest Agricultural Sector, scoring -6.82 on the Mu-Bah-Daggs Productivity Index.