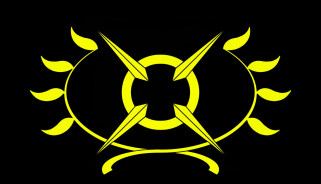 The Superstate of Xenan Kingdom is a gargantuan, orderly nation, ruled by General Nagan with an iron fist, and notable for its triple-decker prams, anti-smoking policies, and smutty television. The hard-nosed, cynical, humorless population of 10.32 billion Xenans are ruled without fear or favor by a psychotic dictator, who outlaws just about everything and refers to the populace as "my little playthings."

The enormous, corrupt, moralistic, socially-minded, well-organized government prioritizes Defense, with Education, Law & Order, and Environment also on the agenda, while International Aid isn't funded at all. It meets to discuss matters of state in the capital city of Spectrapolis. The income tax rate is 100%.

The frighteningly efficient Xenan Kingdomian economy, worth a remarkable 3,397 trillion Credits a year, is driven entirely by a combination of government and state-owned industry, with private enterprise illegal. The industrial sector, which is quite specialized, is led by the Arms Manufacturing industry, with major contributions from Information Technology and Beef-Based Agriculture. Average income is an amazing 329,232 Credits, and distributed extremely evenly, with practically no difference between the richest and poorest citizens.

The dish 'poisson avec poison' is only available on the black market, nuclear warheads are frequently launched into space as a warning to invading meteoroids, science fiction invariably depicts socialist societies as Utopian, and it is illegal to have the wrong clock time showing on your microwave oven. Crime, especially youth-related, is totally unknown, thanks to a very well-funded police force and progressive social policies in education and welfare. Xenan Kingdom's national animal is the King Cobra, which frolics freely in the nation's many lush forests.

Xenan Kingdom is ranked 53,287th in the world and 2,258th in The North Pacific for Largest Furniture Restoration Industry, scoring 3,638.8 on the Spitz-Pollish Productivity Index.

Most Recent Government Activity: 73 minutes ago