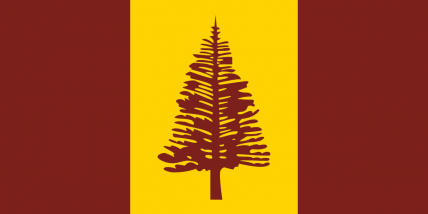 The United Provinces of Xanneria is a colossal, efficient nation, ruled by Commandant Sage Davidson with an even hand, and renowned for its parental licensing program, pith helmet sales, and keen interest in outer space. The hard-nosed, hard-working, devout population of 5.363 billion Xannerians are either ruled by a sleek, efficient government or a conglomerate of multinational corporations; it's difficult to tell which.

The relatively small, corrupt, pro-business government juggles the competing demands of Administration, Industry, and Law & Order. It meets to discuss matters of state in the capital city of Dominica City. Citizens pay a flat income tax of 26.5%.

The frighteningly efficient Xannerian economy, worth 733 trillion Roundels a year, is broadly diversified and led by the Retail industry, with major contributions from Arms Manufacturing, Information Technology, and Book Publishing. Black market activity is frequent. Average income is an impressive 136,842 Roundels, with the richest citizens earning 6.9 times as much as the poorest.

Behind every great person are three dozen other people passing great memos, all recreational drugs are legal, both criminals and civilians are DOA, and the question of 'what is Commandant Sage Davidson's favorite color?' has been given a priority rating of burnt-orange. Crime, especially youth-related, is totally unknown, thanks to a capable police force and progressive social policies in education and welfare. Xanneria's national animal is the Xannerian Larger Blue Jay, which teeters on the brink of extinction due to toxic air pollution.

Xanneria is ranked 69,833rd in the world and 38th in Esportiva for Most Advanced Public Education, scoring 2,229.14 on the Edu-tellignce® Test Score.