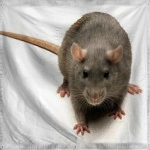 The Rat of Wormtail is a massive, safe nation, renowned for its burgeoning rat population. The hard-working, democratic population of 3.717 billion Wormtailians are highly moralistic and fiercely conservative, in the sense that they tend to believe most things should be outlawed. People who have good jobs and work quietly at them are lauded; others are viewed with suspicion.

The medium-sized government juggles the competing demands of Welfare, Law & Order, and Education. The average income tax rate is 35.1%, but much higher for the wealthy.

The Wormtailian economy, worth 188 trillion galleons a year, is broadly diversified and led by the Pizza Delivery industry, with major contributions from Trout Farming, Door-to-door Insurance Sales, and Automobile Manufacturing. Average income is 50,603 galleons, and evenly distributed, with the richest citizens earning only 2.5 times as much as the poorest.

Escargots have lost their charm ever since they started to be called 'cooked land snails', it is illegal to make racist remarks in public, the nation is ravaged by daily union strikes, and military spending recently hit a new high. Crime is totally unknown, thanks to a capable police force and progressive social policies in education and welfare. Wormtail's national animal is the rat.

Wormtail is ranked 79,498th in the world and 19th in Hogwarts for Highest Economic Output, with 188 trillion Standard Monetary Units.

Most Recent Government Activity: 44 days ago