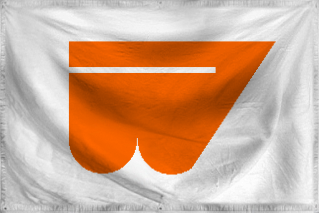 The Confederacy of Woogus is a colossal, efficient nation, ruled by His Excellency F R Isky I with a fair hand, and notable for its ritual sacrifices, unlimited-speed roads, and absence of drug laws. The hard-nosed, hard-working, democratic population of 5.76 billion Woogusians live in a state of perpetual fear, as a complete breakdown of social order has led to the rise of order through biker gangs.

The minute, pro-business, outspoken government, or what there is of one, prioritizes Industry, with Education, Healthcare, and Administration also on the agenda, while Law & Order and Welfare receive no funds. It meets to discuss matters of state in the capital city of Woogusia. The average income tax rate is 3.7%.

The frighteningly efficient Woogusian economy, worth 816 trillion Kroons a year, is driven almost entirely by the private sector, which is broadly diversified and led by the Retail industry, with significant contributions from Soda Sales, Gambling, and Information Technology. Average income is an impressive 141,817 Kroons, and evenly distributed, with the richest citizens earning only 4.6 times as much as the poorest.

The government has completely eliminated all childcare programs, an aboriginal talking stick is used for leaders' debates at election time, vitriolic divorce proceedings have become prime-time television, and the price of freedom is about half a million Kroons. Crime, especially youth-related, is all-pervasive, perhaps because of the country's complete lack of prisons. Woogus's national animal is the Rhode Island Red, which teeters on the brink of extinction due to widespread deforestation, and its national religion is Lemonism.

Woogus is ranked 34,768th in the world and 81st in Capitalist Paradise for Most Subsidized Industry, scoring 3,871.67 on the Gilded Widget Scale.