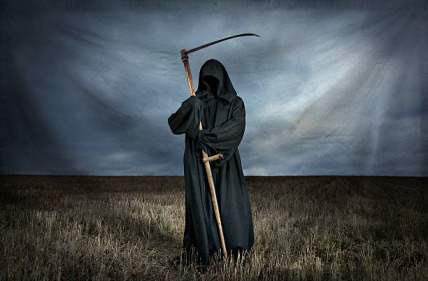 The Holy Blue Empire of Witzelsucht is a gargantuan, cultured nation, ruled by Yodle with an iron fist, and renowned for its disturbing lack of elderly people, infamous sell-swords, and prohibition of alcohol. The hard-nosed, hard-working, cynical, humorless, devout population of 11.803 billion Angel of Deaths are kept under strict control by the oppressive government, which measures its success by the nation's GDP and refers to individual citizens as "human resources."

The medium-sized, corrupt, moralistic government juggles the competing demands of Defense, Law & Order, and Industry. It meets to discuss matters of state in the capital city of Hell. Citizens pay a flat income tax of 34.2%.

The frighteningly efficient Dead economy, worth a remarkable 1,509 trillion Gold Coins a year, is broadly diversified and led by the Arms Manufacturing industry, with major contributions from Tourism, Basket Weaving, and Beef-Based Agriculture. Black market activity is extensive. State-owned companies are reasonably common. Average income is an impressive 127,871 Gold Coins, with the richest citizens earning 8.2 times as much as the poorest.

Prime real estate is devoted to wind farms and solar energy generators, there's a lot of babies crying for milk in the middle of the day, people on the brink of death are put through unwanted and stressful procedures, and policemen want to put the nation's homosexuals up against a wall. Crime, especially youth-related, is totally unknown, thanks to a well-funded police force and progressive social policies in education and welfare. Witzelsucht's national animal is the Zombie and its national religion is Yodlism.

Witzelsucht is ranked 206,974th in the world and 1st in The Graveyard That Has No Big Banks for Highest Drug Use, scoring 30.8 on the Pineapple Fondness Rating.