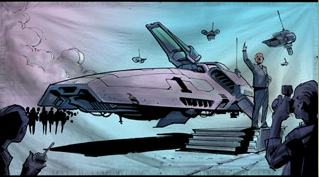 The FutureProof Community of Wip3d Out is a massive, socially progressive nation, ruled by Grand Commissioner Lydia Belmondo II with an even hand, and renowned for its ubiquitous missile silos, anti-smoking policies, and complete absence of social welfare. The hard-nosed, hard-working population of 3.322 billion Wip3d Outians are either ruled by a sleek, efficient government or a conglomerate of multinational corporations; it's difficult to tell which.

The tiny government prioritizes Administration, although Law & Order, Industry, and Education are also considered important, while Spirituality and Welfare aren't funded at all. It meets to discuss matters of state in the capital city of Alca Vexus. The average income tax rate is 7.0%.

The thriving Wip3d Outian economy, worth 271 trillion Gold Medals a year, is broadly diversified and led by the Information Technology industry, with major contributions from Retail, Gambling, and Book Publishing. Average income is 81,580 Gold Medals, and evenly distributed, with the richest citizens earning only 4.5 times as much as the poorest.

Concussed Vesparaball players cannot remember their lineup position, prison officers are bribed not to take bribes, baby dolls thrown in the trash are a leading cause of panic attacks, and glamping Wip3d Outians won't sleep in a tent that doesn't include a Jacuzzi. Crime, especially youth-related, is moderate, with the police force struggling against a lack of funding and a high mortality rate. Wip3d Out's national animal is the Vespara, which is also the nation's favorite main course.