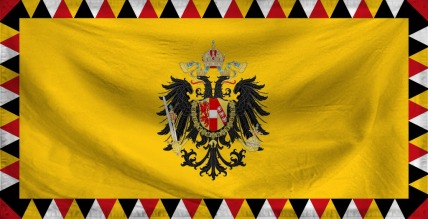 The Electoral Archduchy of Wiener-Neustadt is a massive, efficient nation, ruled by Archduke Maximilian III with a fair hand, and remarkable for its keen interest in outer space, complete lack of prisons, and unlimited-speed roads. The compassionate, hard-working, democratic, cheerful population of 2.471 billion Wiener-Neustadters hold their civil and political rights very dear, although the wealthy and those in business tend to be viewed with suspicion.

The medium-sized, liberal government juggles the competing demands of Education, Administration, and Industry. It meets to discuss matters of state in the capital city of Innsbruck. The average income tax rate is 94.3%.

The frighteningly efficient Wiener-Neustadtean economy, worth 473 trillion thalers a year, is led by the Information Technology industry, with major contributions from Tourism, Book Publishing, and Retail. Average income is an impressive 191,707 thalers, and evenly distributed, with the richest citizens earning only 2.0 times as much as the poorest.

The government is deliberately installing bloatware onto computers, CEOs can't hear the term 'Fire Sale' without bursting into tears, large-girthed charity workers assign themselves healthy wages for their work with starving children, and nose plugs are the latest Wiener-Neustadtean fashion accessory. Crime is totally unknown. Wiener-Neustadt's national animal is the Reichsadler, which is also the nation's favorite main course, and its national religion is Catholicism.

Wiener-Neustadt is ranked 3,359th in the world and 66th in Europe for Most Developed, scoring 96.06 on the Human Development Index.

The Scandinavian Realm, and 40 others.