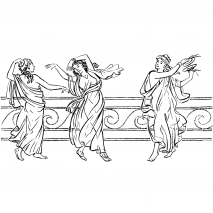 The Holy Empire of White Widows is a gargantuan, safe nation, remarkable for its burgeoning dove population. The hard-nosed, democratic population of 10.829 billion White Widowsians enjoy great social freedoms and frequent elections, where the majority of the populace regularly votes to increase its benefits at the expense of various hapless minorities.

The medium-sized, moralistic, socially-minded, outspoken government juggles the competing demands of Defense, Healthcare, and Welfare. The average income tax rate is 20.9%, but much higher for the wealthy.

The large but underdeveloped White Widowsian economy, worth 309 trillion Coins a year, is broadly diversified and led by the Trout Farming industry, with significant contributions from Book Publishing, Cheese Exports, and Soda Sales. State-owned companies are common. Average income is 28,620 Coins, and distributed extremely evenly, with little difference between the richest and poorest citizens.

Organ donation is compulsory. Crime is almost non-existent, despite the fact that it is difficult to make it through a day without breaking one of the country's many laws. White Widows's national animal is the dove, which soars majestically through the nation's famously clear skies.

White Widows is ranked 138,151st in the world and 3rd in Warzone Vacation Resort for Rudest Citizens, with 44.99 Insults Per Minute.