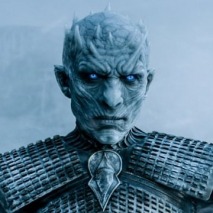 The Rogue Nation of White Walker 36 is a massive, efficient nation, ruled by Babies with an even hand, and notable for its ritual sacrifices, keen interest in outer space, and enslaved workforce. The hard-nosed, hard-working, devout population of 2.171 billion White Walker 36ians are highly moralistic and fiercely conservative, in the sense that they tend to believe most things should be outlawed. People who have good jobs and work quietly at them are lauded; others are viewed with suspicion.

The medium-sized, corrupt, moralistic government juggles the competing demands of Defense, Industry, and Law & Order. It meets to discuss matters of state in the capital city of DeLaCroix. The average income tax rate is 46.4%.

The frighteningly efficient White Walker 36ian economy, worth 278 trillion pesos a year, is fairly diversified and dominated by the Arms Manufacturing industry, with significant contributions from Information Technology, Woodchip Exports, and Furniture Restoration. Black market activity is rampant. State-owned companies are common. Average income is an impressive 128,282 pesos, and evenly distributed, with the richest citizens earning only 4.7 times as much as the poorest.

Military spending is on the increase, the Finance Ministry posts hourly updates on where taxpayer money is spent, bicycle parking sheds have sprouted like mushrooms near rail stations after cars were banned, and the government burgles the houses of holidaying citizens. Crime, especially youth-related, is totally unknown, thanks to a capable police force and progressive social policies in education and welfare. White Walker 36's national animal is the parrot, which teeters on the brink of extinction due to toxic air pollution, and its national religion is Fallonism.

White Walker 36 is ranked 82,245th in the world and 336th in NationStates for Largest Cheese Export Sector, scoring 2,315.38 on the Mozzarella Productivity Index.