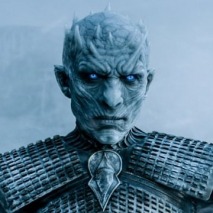 The Rogue Nation of White Walker 3 is a colossal, efficient nation, ruled by Andre with an even hand, and notable for its barren, inhospitable landscape, pith helmet sales, and punitive income tax rates. The hard-nosed, humorless population of 6.549 billion White Walker 3ians are highly moralistic and fiercely conservative, in the sense that they tend to believe most things should be outlawed. People who have good jobs and work quietly at them are lauded; others are viewed with suspicion.

The medium-sized, corrupt government juggles the competing demands of Administration, Law & Order, and Industry. It meets to discuss matters of state in the capital city of Mescalero City. Citizens pay a flat income tax of 85.4%.

The frighteningly efficient White Walker 3ian economy, worth a remarkable 1,978 trillion dollars a year, is driven entirely by a combination of government and state-owned industry, with private enterprise illegal. However, for those in the know, there is an enormous, deeply entrenched black market in Arms Manufacturing, Uranium Mining, Woodchip Exports, and Information Technology. The private sector mostly consists of enterprising ten-year-olds selling lemonade on the sidewalk, but the government is looking at stamping this out. Average income is an amazing 302,106 dollars, with the richest citizens earning 5.7 times as much as the poorest.

Tourists are flocking to the newly-built MeteorLand family resort, libraries are refusing to stock A Midsummer Night's Dream because it has an ass in it, Andre panders to nontraditional families, and posters of politicians in sensual poses can be found on the walls of teenagers' rooms. Crime, especially youth-related, is totally unknown, thanks to a well-funded police force and progressive social policies in education and welfare. White Walker 3's national animal is the panther, which teeters on the brink of extinction due to widespread deforestation, and its national religion is Skroth.

White Walker 3 is ranked 266,661st in the world and 862nd in NationStates for Most Beautiful Environments, with 3.86 pounds of wildlife per square mile.