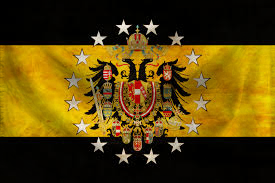 The Imperial Empire of White Bluff is a gargantuan, cultured nation, ruled by Czarina Nora Alexandria Rose d'Este with an iron fist, and notable for its compulsory military service, ubiquitous missile silos, and frequent executions. The compassionate, cynical, cheerful, devout population of 21.81 billion White Bluffians are ruled by a mostly-benevolent dictator, who grants the populace the freedom to live their own lives but watches carefully for anyone to slip up.

The government — a sprawling, bureaucracy-choked, corrupt, well-organized morass — juggles the competing demands of Education, Law & Order, and Environment. It meets to discuss matters of state in the capital city of White Bluff. The income tax rate is 100%.

The frighteningly efficient White Bluffian economy, worth a remarkable 4,047 trillion White Bluffian Guldens a year, is driven entirely by a combination of government and state-owned industry, with private enterprise illegal. The industrial sector, which is highly specialized, is led by the Information Technology industry, with significant contributions from Book Publishing, Tourism, and Arms Manufacturing. Average income is an impressive 185,594 White Bluffian Guldens, and distributed extremely evenly, with little difference between the richest and poorest citizens.

Nuclear physics is the most popular course at university, drug deals return to the streets as legions of undercover officers stalk the dark web, 10-year-olds who struggle with integrating by parts are considered slow learners, and all citizens must pass a 'multicultural sensitivity test' to be deemed fit for society. Crime, especially youth-related, is totally unknown, thanks to the all-pervasive police force and progressive social policies in education and welfare. White Bluff's national animal is the squirrel, which frolics freely in the nation's many lush forests, and its national religion is Neopaganism.

White Bluff is ranked 1,018th in the world and 29th in Osiris for Highest Average Tax Rates, with 100.35 Effective Tax Rate.