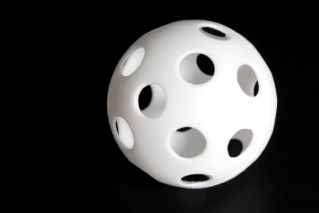 The Western Windland of Whirlyball is a gargantuan, socially progressive nation, ruled by Willy Whirl with a fair hand, and renowned for its enforced nudity and absence of drug laws. The hard-working, democratic population of 21.019 billion Whirlyballians are effectively ruled by a group of massive corporations, who run for political office and provide their well-off citizens with world-class goods and services. Their poorer citizens, however, are mostly starving to death while being urged to go out and get real jobs. The populace has reasonably extensive civil rights, although these are mostly aimed at allowing them to buy whatever they like.

The relatively small, pro-business, outspoken government juggles the competing demands of Industry, Welfare, and Healthcare. It meets to discuss matters of state in the capital city of Whirlytown. The average income tax rate is 12.7%.

The thriving Whirlyballian economy, worth 610 trillion Balls a year, is quite specialized and led by the Arms Manufacturing industry, with significant contributions from Door-to-door Insurance Sales, Trout Farming, and Woodchip Exports. Average income is 29,063 Balls, with the richest citizens earning 5.2 times as much as the poorest.

The "Underwear of Women in Power" issue of The Whirlytown Times is sold out, the nation is ravaged by daily union strikes, Willy Whirl has just been declared ruler of Whirlyball in an international press conference, and Whirlyball has designated Whirlytown as its capital city. Crime is a problem, probably because of the absence of a police force. Whirlyball's national animal is the dog, which can occasionally be seen sifting through garbage in the nation's cities, and its national religion is Atheism.