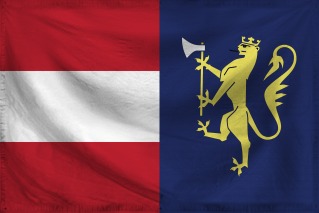 The Sovereign Kingdom of Westnesia is a gargantuan, cultured nation, remarkable for its museums and concert halls, anti-smoking policies, and national health service. The compassionate, democratic population of 20.219 billion Westnesians are free to do what they want with their own bodies, and vote for whomever they like in elections; if they go into business, however, they are regulated to within an inch of their lives.

The government — a sprawling, bureaucracy-choked, outspoken morass — juggles the competing demands of Education, Environment, and Healthcare. It meets to discuss matters of state in the capital city of Bruw. The average income tax rate is 93.1%, and even higher for the wealthy.

The thriving Westnesian economy, worth a remarkable 1,679 trillion Bruwer Guildens a year, is extremely specialized and mostly made up of the Book Publishing industry. State-owned companies are reasonably common. Average income is 83,083 Bruwer Guildens, and distributed extremely evenly, with little difference between the richest and poorest citizens.

The government has instituted 'traveller reservations' across the country, unstable couples are known to break up over which one gets parental leave, birth rates have hit an all-time low, and teams of painters are converting road signs from horse lengths to kilometers. Crime is totally unknown, thanks to a well-funded police force and progressive social policies in education and welfare. Westnesia's national animal is the Lynx, which frolics freely in the nation's many lush forests.

Westnesia is ranked 221,503rd in the world and 754th in The Communist Bloc for Largest Insurance Industry, scoring -15.62 on the Risk Expulsion Effectiveness Rating.