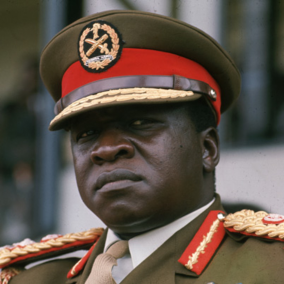 The Cringelord of Western Pacific Territories is a gargantuan, safe nation, remarkable for its museums and concert halls, frequent executions, and keen interest in outer space. The compassionate, democratic population of 13.368 billion Ugandans are free to do what they want with their own bodies, and vote for whomever they like in elections; if they go into business, however, they are regulated to within an inch of their lives.

The government — a sprawling, bureaucracy-choked, socially-minded, outspoken morass — juggles the competing demands of Welfare, Education, and Healthcare. It meets to discuss matters of state in the capital city of Kampala. The average income tax rate is 80.5%, and even higher for the wealthy.

The large but inefficient Western Pacific Territoriesian economy, worth 534 trillion ugandan shillings a year, is highly specialized and mostly made up of the Information Technology industry, with significant contributions from Pizza Delivery and Book Publishing. State-owned companies are reasonably common. Average income is 39,987 ugandan shillings, and distributed extremely evenly, with practically no difference between the richest and poorest citizens.

All artwork is carefully screened for offensive material, children have taken to using semaphore in light of the recent mobile phone ban, international tensions are high as Western Pacific Territories threatens any government with the audacity to arrest its citizens, and scientists recently cloned the long-extinct feather-bellied idk. Crime is totally unknown, thanks to a well-funded police force and progressive social policies in education and welfare. Western Pacific Territories's national animal is the idk, which frolics freely in the nation's many lush forests.