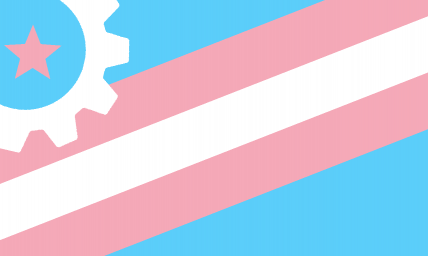 The Futuristic Utopia of Westeastern Dicantia is a gargantuan, environmentally stunning nation, ruled by Archmagos Fulminare with an even hand, and notable for its ubiquitous missile silos, punitive income tax rates, and devotion to social welfare. The compassionate population of 16.1 billion Dicantians enjoy extensive civil freedoms, particularly in social issues, while business tends to be more regulated.

The enormous, liberal government juggles the competing demands of Education, Defense, and Welfare. It meets to discuss matters of state in the capital city of Eisenfurt. The average income tax rate is 92.6%, and even higher for the wealthy.

The frighteningly efficient Dicantish economy, worth a remarkable 1,844 trillion Marks a year, is highly specialized and mostly made up of the Tourism industry, with significant contributions from Information Technology and Arms Manufacturing. State-owned companies are reasonably common. Average income is an impressive 114,578 Marks, and distributed extremely evenly, with little difference between the richest and poorest citizens.

Little League matches are often attended by riot police with water cannon... just in case, prolonged government investigations are a common revenge tactic among spurned significant others, people seem disproportionately distraught when told a museum has a phones-off policy, and environmental legislation occurs cyclically. Crime is totally unknown, thanks to a capable police force and progressive social policies in education and welfare. Westeastern Dicantia's national animal is the Toaster, which is also the nation's favorite main course.

Westeastern Dicantia is ranked 24,803rd in the world and 11th in Cynosure for Most Scientifically Advanced, scoring 218.59 on the Kurzweil Singularity Index.