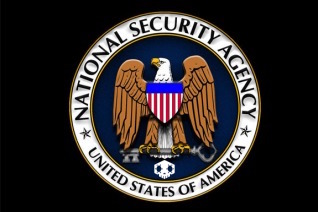 So, you've been tag raided

. The first and most important thing thing that you must do: REMAIN CALM. All mistakes that can be made while responding to a tag raid are made due to 1)a lack of information on what to do or 2)panic. I can do my best to mediate one of those factors, but the other is on you. Tag raids are not meant to be permanent, and you will not encounter any resistance in detagging your region. Despite the way it may seem, tag raids are not very destructive, and fairly easy to fix assuming one knows how to do so.

If your region has an active or easily reached Founder, skip to Step 2. If you do not have a Founder, you will need to elect a World Assembly Delegate to revert your region to its previous state. To do this, two or more nations must join the World Assembly, and one must endorse the other. If you do not know how to join the World Assembly, a visual guide on how to do so can be found Here (only the first half of the dispatch). Once this is done, you will wait until the next update (

12:00 AM or PM EST). At this time, the nation with the most endorsements in the region will become its Delegate. Once a Delegate is elected, proceed to Step 2.

Step 2: Reverting Your Region to its Previous State

The raiders will have jumped into your region and used your Delegate's Executive Authority to appoint their puppet as a Regional Officer (unless they are bad at tagging). After doing this they will have resigned from the World Assembly, coming back once the update has ended to use the RO powers they gave themselves to tag the region. You will want to dismiss their puppet from its RO status, which can be done by clicking on the button to the right of their name in the RO table that is labeled "Modify". At the bottom right of the table that button will bring you to there is another button that says "Dismiss Officer".

Once this is done, you can appoint your own Regional Officers, giving them access to certain regional controls. Some important things to remember: you cannot give a Regional Officer the Border Control authority until you have been the Delegate for 26 hours, and you can only appoint a new BC enabled RO once every 26 hours after that. ROs with the Communications authority cannot send Regional Telegrams for 26 hours after they are appointed (the Delegate counts as an RO in this case).

Regional Tags: There is no recovery tool for regional tags, however any changes made to the tags will be logged in the region's activity feed, which can be found under Regional Happenings on the region's home page (not in the regional controls).

In a tag raid, Border Controls are unlikely to be touched, as all of the actions under it require Influence, which a tag puppet will have very little of. If anything under Border Control is used, it will have been to a)banject any defender puppets that jumped into the region after it updated or b)to clear the regional ban list. Neither of these actions are standard tag raiding practices.

Remember, a password requires a large amount of Influence, and a nation's Influence only builds with time. If you are a native of the region, or have the explicit permission of the natives, you are within your full rights to place a password on the region if you have the influence to do so. If you are not a native, you do not have the 'legal' authority to password the region, and enacting a password under these circumstances makes the region fair game for Security Council intervention in the form of a Liberation.

The raiders will have ordered the closure of all of your region's embassies. If you are detagging your region before the embassies close, all you need to do is click the "Cancel Closure" buttons on the right side of the Embassy Table. If you are too late and all your embassies have closed, you should check under your region's "History" tab, located on the region's Home Page. This area documents the establishment and closure of embassies, among other things.

This regional authority serves almost no tactical function in gameplay over all, and serves no function at all in tag raiding. It is very unlikely that a raider will change the settings here, unless possibly they cancelled the region's welcome telegram, which is not standard tagging procedure. This should not be a problem, because any region with a half decent welcome telegram is likely smart enough to have backups of it stored either in a Word document or a dispatch.

Suppression: If the raider suppressed any RMB posts, it will only be either the last 10 posts, or the latest page of the RMB on forum view. You can unsuppress posts by clicking the "Unsuppress" button on their right side.

The raiders may have deleted any currently running polls, which are unfortunately unrecoverable. They also may have started a new poll about how awesome they are, though only a few individual raiders practice this silly propaganda technique. You can delete it by clicking the "Delete Poll" button on the Regional Controls page.

The following is a list of all the possible things that a raider may have done to your region:

FAQ:
Q: Why did you raid my region?
A: Assuming it was a tag raid, the reason you were raided was pure chance. Tag targets are almost completely randomly selected (x3 adverb bonus), and are rarely ever planned. These targets are selected from a list of regions that fit certain criteria. When it comes to tag raids, the primary criteria is that the World Assembly Delegate has Executive authority over the region, with additional factors focusing on the number of endorsements the delegate has compared to the number of raiders participating in the tag run. It is popular belief that raiders only target founderless regions, which is true in regards to occupations, but untrue in regards to tag raiding. The reason it seems that raiders mainly target founderless regions is because their actual targets are regions with Executive Delegates: while only some foundered regions choose to give their delegate Executive control, all founderless regions have Executive Delegates due to the lack of a founder.

Q: Why did you raid my region when it has a founder that can easily undo any changes?
A: Because tag raids are, as I said earlier, not meant to be permanent. Tagging is done mostly for fun, and partially for training and advertising purposes. Raiders' motivations for doing it do not at all pertain to gaining territory. All tags are made under the assumption that they will be undone at some point.

Q: What is the point of tag raiding?
A: As I said above: recruitment, training and advertising are the organizational motivations for tag raiding. The personal motivation either comes from a raider's enjoyment of the activity, and tagging as a sport. Raiders compete with each other to break records and earn bragging rights, although many gameplayers do not view tagging as something to brag about. While certain historical raider organizations such as The Black Riders, DEN, and Cimmeria were highly dedicated to tag raiding, and some contemporary raider regions such The Black Hawks and more often HYDRA Command still practice tag raiding on a regular basis, tag raids serve very little purpose and are not necessary to a raider region's survival. Some groups, like Lone Wolves United and Unknown have survived for years without any emphasis on tag raiding.

Q: How do I prevent my region from being raided?
A: There are several ways to defend against tag raids. The most effective is making your WA Delegate non-executive (and not giving them any RO authorities), or passwording your region. Both of these functions are part of NationStates' opt out function for gameplay, and have disadvantages. Non-Executive Delegates do not have any power over the region, and can only be set in regions with a founder, and passwords severely inhibit recruitment. Having a considerable number of endorsements is also a deterrent (note that founderless regions with considerable endorsement counts are more at risk of occupations than they are of tag raids). If the founder or Delegate is on during update, they can eject any raider who enters.

Q: My region doesn't have a founder or any WA members, what do I do?
A: Contact a Defender Organization. They are fairly easy to find and are usually willing to help. Do not be rude to them, they are not obligated to help you, they chose to.

Things You Should Not Do:
-Panic.
-

Spam the raiders' regional message board.*
-

Spam the raiders' with telegrams.*
-

Flame the raiders on the forum, their RMB, your RMB, or via telegram..*
-

Troll the raiders on their RMB or Forum Thread.*
-

Propose a SC Liberation.
-Move to a new region.
-Use multiple WA nations per person (aka

multying) to install a new delegate.*

Dealing with Gameplay and Raiding: An RPers Perspective

The One Stop Rules Stop

Raider/Defender Region Directory
Hobbes' Handy Guide to Military (R/D) Gameplay
I hope that you have found the information in this Dispatch to be useful, and I wish you good luck out there!

We Are Not the NSA

The Rogue Agency of We Are Not the NSA