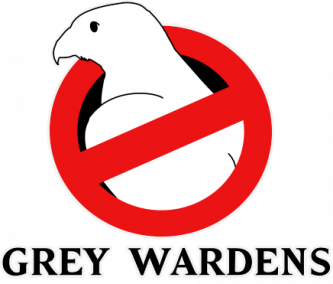 The Curious Observations of Warden Roavin is a colossal, socially progressive nation, ruled by First Warden Roavin with an iron fist, and renowned for its suspicion of poets and stringent health and safety legislation. The hard-nosed, cynical population of 9.465 billion Warden Roavinians are ruled with an iron fist by the dictatorship government, which ensures that no-one outside the party gets too rich. In their personal lives, however, citizens are relatively unoppressed; it remains to be seen whether this is because the government genuinely cares about its people, or if it hasn't gotten around to stamping out civil rights yet.

The large, corrupt, socially-minded, well-organized government juggles the competing demands of Law & Order, Defense, and Education. It meets to discuss matters of state in the capital city of Weisshaupt Fortress. The average income tax rate is 45.9%, but much higher for the wealthy.

The large but sluggish Warden Roavinian economy, worth 180 trillion pixie dusts a year, is led by the Automobile Manufacturing industry, with major contributions from Uranium Mining, Trout Farming, and Door-to-door Insurance Sales. Black market activity is frequent. State-owned companies are common. Average income is 19,050 pixie dusts, and distributed extremely evenly, with practically no difference between the richest and poorest citizens.

Relations with Dàguó have warmed from frosty to chilly, homeowners are evicted to make way for new runways, the hardest thing for a mining operation to dig through is government red tape, and severed limbs litter woodland edges across the land. Crime is totally unknown, thanks to a very well-funded police force and progressive social policies in education and welfare. Warden Roavin's national animal is the Left-Handed Chicken.

Warden Roavin is ranked 148,648th in the world and 137th in The Order of the Grey Wardens for Most Popular Tourist Destinations, with 280.92 Tourists Per Hour.