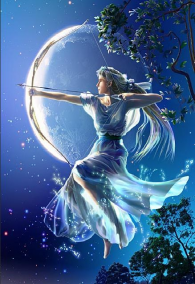 The Beautiful Hunting Grounds of Vylixan Artemis is a colossal, environmentally stunning nation, ruled by Artemis with an even hand, and renowned for its compulsory military service, free-roaming dinosaurs, and keen interest in outer space. The hard-nosed population of 5.35 billion Vylixan Artemisians are highly moralistic and fiercely conservative, in the sense that they tend to believe most things should be outlawed. People who have good jobs and work quietly at them are lauded; others are viewed with suspicion.

The large government juggles the competing demands of Environment, Industry, and Welfare. It meets to discuss matters of state in the capital city of Troy. Citizens pay a flat income tax of 56.2%.

The very strong Vylixan Artemisian economy, worth 375 trillion Arrows a year, is driven entirely by a combination of government and state-owned industry, with private enterprise illegal. However, for those in the know, there is a large, well-organized, quite specialized black market in Tourism, Gambling, Arms Manufacturing, and Uranium Mining. The private sector mostly consists of enterprising ten-year-olds selling lemonade on the sidewalk, but the government is looking at stamping this out. Average income is 70,203 Arrows, with the richest citizens earning 7.2 times as much as the poorest.

In life full of care there is no time to stop and stare, a cat may look at a king and a dude can look at an ass, dog owners proudly declare that their pups can predict when the mailman will arrive, and a traveller who once stubbed a toe on an Air Brancaland flight has been offered asylum. Crime, especially youth-related, is relatively low, thanks to a capable police force and progressive social policies in education and welfare. Vylixan Artemis's national animal is the Deer, which frolics freely in the nation's many lush forests, and its national religion is Artemisia.

Vylixan Artemis is ranked 198,110th in the world and 27th in Afte ta omorfa edafi for Largest Furniture Restoration Industry, scoring 250.33 on the Spitz-Pollish Productivity Index.