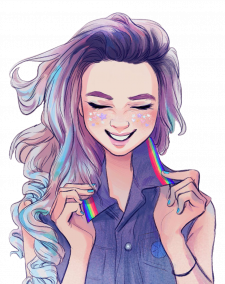 The Principality of Vurmanik is a massive, socially progressive nation, remarkable for its barren, inhospitable landscape. The hard-working, democratic population of 2.091 billion Vurmanikians are either ruled by a sleek, efficient government or a conglomerate of multinational corporations; it's difficult to tell which.

The thriving Vurmanikian economy, worth 141 trillion rubles a year, is driven almost entirely by the private sector, which is broadly diversified and led by the Gambling industry, with major contributions from Automobile Manufacturing, Woodchip Exports, and Basket Weaving. Average income is 67,685 rubles, but there is a significant disparity between incomes, with the richest 10% of citizens earning 239,585 per year while the poor average 13,806, a ratio of 17.4 to 1.

Crime is a problem, with the police force struggling against a lack of funding and a high mortality rate. Vurmanik's national animal is the tiger, which can occasionally be seen sifting through garbage in the nation's cities.

Vurmanik is ranked 30,507th in the world and 10th in South Pacific for Greatest Rich-Poor Divides, with 17.35 Rich To Poor Income Ratio.