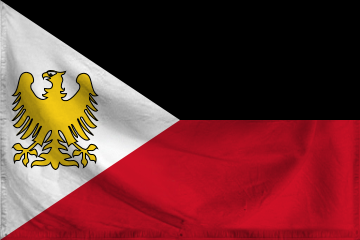 The Commonwealth of Volkason is a colossal, environmentally stunning nation, ruled by Maxymilian Falon Lucien Volkason with an iron fist, and remarkable for its smutty television, pith helmet sales, and devotion to social welfare. The compassionate, cynical, devout population of 5.764 billion Volkasonians are ruled with an iron fist by the dictatorship government, which ensures that no-one outside the party gets too rich. In their personal lives, however, citizens are relatively unoppressed; it remains to be seen whether this is because the government genuinely cares about its people, or if it hasn't gotten around to stamping out civil rights yet.

The medium-sized, corrupt government juggles the competing demands of Healthcare, Education, and Law & Order. It meets to discuss matters of state in the capital city of Talongaurd. The average income tax rate is 72.7%, and even higher for the wealthy.

The frighteningly efficient Volkasonian economy, worth 982 trillion Talons a year, is fairly diversified and led by the Tourism industry, with major contributions from Information Technology, Book Publishing, and Arms Manufacturing. State-owned companies are common. Average income is an impressive 170,490 Talons, and distributed extremely evenly, with little difference between the richest and poorest citizens.

Barbed wire entanglements and guard towers surround the Talongaurd Natural History Museum, park rangers struggle to deal with a rash of stolen pic-a-nic baskets, politicians are often found scavenging bins at night to supplement their income, and citizens are now allowed to discuss whether Maxymilian Falon Lucien Volkason is the greatest ruler ever or simply the greatest ruler of this generation. Crime, especially youth-related, is totally unknown, thanks to a capable police force and progressive social policies in education and welfare. Volkason's national animal is the Eagle, which is also the nation's favorite main course, and its national religion is The Primordial Dragon Asha.

Volkason is ranked 269,359th in the world and 6,071st in the West Pacific for Greatest Rich-Poor Divides, with 1.41 Rich To Poor Income Ratio.

Isle Royale, and 52 others.

The Demoractic Peoples Republic Of TNET,

The Northern Autonomy of Chilean Sudan,