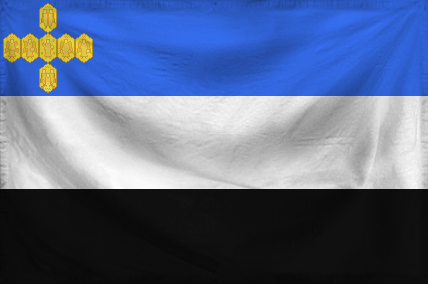 The Grand Principality of Voipel is a massive, efficient nation, ruled by Grand Prince Timofey IV with an iron fist, and remarkable for its smutty television, otherworldly petting zoo, and irreverence towards religion. The compassionate, cynical population of 1.384 billion Voipelians are ruled with an iron fist by the dictatorship government, which ensures that no-one outside the party gets too rich. In their personal lives, however, citizens are relatively unoppressed; it remains to be seen whether this is because the government genuinely cares about its people, or if it hasn't gotten around to stamping out civil rights yet.

The large, socially-minded government juggles the competing demands of Education, Healthcare, and Administration. It meets to discuss matters of state in the capital city of Voyansk. The average income tax rate is 89.4%, and even higher for the wealthy.

The frighteningly efficient Voipelian economy, worth 188 trillion Chorts a year, is led by the Information Technology industry, with significant contributions from Tourism, Book Publishing, and Trout Farming. State-owned companies are reasonably common. Average income is an impressive 136,327 Chorts, and distributed extremely evenly, with little difference between the richest and poorest citizens.

Cosmopolitan citizens ask what their countries can do for them, Brancaland has gifted over nine thousand putrid moose carcasses to Voipel as a reminder of their "special relationship", most voters only see their chosen representative visit once every election cycle, and the government's new "quiet competence" initiative has supporters and detractors alike reeling in confusion. Crime, especially youth-related, is totally unknown, thanks to a well-funded police force and progressive social policies in education and welfare. Voipel's national animal is the Eagle Owl, which soars majestically through the nation's famously clear skies, and its national religion is Voipelian Syncretism.

Voipel is ranked 9,592nd in the world and 477th in The North Pacific for Most Advanced Public Education, scoring 11,047.1 on the Edu-tellignce® Test Score.

Card Kingdom, and 37 others.