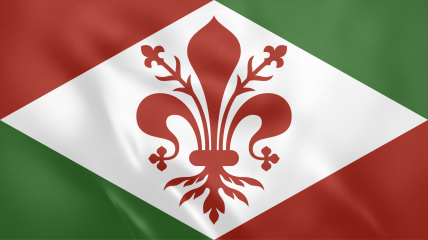 The Republica Senină of Vinitsia is a gargantuan, environmentally stunning nation, notable for its rum-swilling pirates, frequent executions, and infamous sell-swords. The hard-nosed, hard-working, democratic population of 14.105 billion Vinitsians hold their civil and political rights very dear, although the wealthy and those in business tend to be viewed with suspicion.

The tiny government is primarily concerned with Education, although Environment, Industry, and Healthcare are also considered important, while Spirituality and Welfare are ignored. It meets to discuss matters of state in the capital city of Vinitsia City. Citizens pay a flat income tax of 5.4%.

The frighteningly efficient Vinitsian economy, worth a remarkable 1,646 trillion Ducats a year, is broadly diversified and dominated by the Information Technology industry, with significant contributions from Gambling, Soda Sales, and Book Publishing. Black market activity is notable. Average income is an impressive 116,724 Ducats, but there is an enormous disparity between incomes, with the richest 10% of citizens earning 708,609 per year while the poor average 8,555, a ratio of 82.8 to 1.

Advertisements for jobs in the sciences run in fashion magazines, royalist is the most offensive slur in the Vinitsian language, prime real estate is devoted to wind farms and solar energy generators, and men avoid even so much as looking at female colleagues. Crime, especially youth-related, is a problem, probably because of the absence of a police force. Vinitsia's national animal is the Eagle, which soars majestically through the nation's famously clear skies.

Vinitsia is ranked 249,692nd in the world and 2nd in Kurona for Most Income Equality, scoring 1.21 on the Marx-Engels Emancipation Scale.