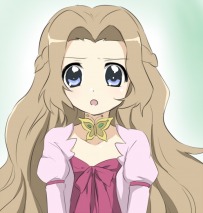 The Timid Nice Nation of Vandoosa Funfunddreissig is a gargantuan, efficient nation, ruled by Nunnally Lamperouge with an iron fist, and remarkable for its digital currency, triple-decker prams, and ubiquitous missile silos. The hard-nosed, hard-working, cynical, humorless population of 13.212 billion slave of Nunnallies are kept under strict control by the oppressive government, which measures its success by the nation's GDP and refers to individual citizens as "human resources."

The enormous, corrupt, moralistic, well-organized government is primarily concerned with Defense, although Industry is also considered important. It meets to discuss matters of state in the capital city of Vicktoria. The average income tax rate is 82.1%, and even higher for the wealthy.

The powerhouse slaves of Nunnally economy, worth a remarkable 1,364 trillion ceks a year, is driven entirely by a combination of government and state-owned industry, with private enterprise illegal. However, for those in the know, there is a large, well-organized black market in Arms Manufacturing, Information Technology, Tourism, and Beef-Based Agriculture. The private sector mostly consists of enterprising ten-year-olds selling lemonade on the sidewalk, but the government is looking at stamping this out. Average income is an impressive 103,272 ceks, and evenly distributed, with the richest citizens earning only 2.0 times as much as the poorest.

The nation is under martial law, fancy dress parties are raided by military police for new recruits, citizens live in superstitious fear of the mysterious glowing clouds that float over Vandoosa Funfunddreissig, and priests are being drafted by the church load. Crime, especially youth-related, is totally unknown, despite the fact that it is difficult to make it through a day without breaking one of the country's many laws. Vandoosa Funfunddreissig's national animal is the Faerie, which frolics freely in the nation's many lush forests, and its national religion is Nunnally Wuvs You.

Vandoosa Funfunddreissig is ranked 42,315th in the world and 29th in Thembria for Largest Information Technology Sector, scoring 7,250.28 on the Fann-Boi Productivity Index.