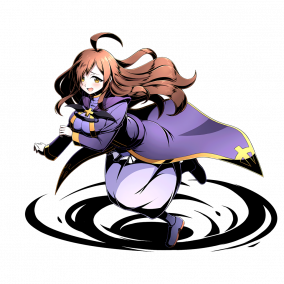 The ❄️🌪️⚡ Bad Weather⚡🌪️❄️ of Vando0sa is a gargantuan, efficient nation, ruled by Sergeant Major Ozoi with an even hand, and notable for its keen interest in outer space, multi-spousal wedding ceremonies, and compulsory gun ownership. The hard-nosed, cheerful population of 18.316 billion Youkai have some civil rights, but not too many, enjoy the freedom to spend their money however they like, to a point, and take part in free and open elections, although not too often.

The large, corrupt government prioritizes Defense, with Education, Industry, and Environment also on the agenda, while Law & Order and Spirituality are ignored. It meets to discuss matters of state in the capital city of Serico. The income tax rate is 100%.

The frighteningly efficient Youkai economy, worth an astonishing 14,423 trillion Ceks a year, is driven entirely by a combination of government and state-owned industry, with private enterprise illegal. However, for those in the know, there is an enormous, deeply entrenched black market in Arms Manufacturing, Information Technology, Tourism, and Retail. The private sector mostly consists of enterprising ten-year-olds selling lemonade on the sidewalk, but the government is looking at stamping this out. Average income is a breathtaking 787,469 Ceks, and distributed extremely evenly, with little difference between the richest and poorest citizens.

It is a common belief that a sport isn't sport if there are no decapitations, anti-government political posters adorn every building like wallpaper, Youkai police have to pay out of their own pockets for bulletproof vests, and a blood-red mark on the doorframe means a building must be passed over for destruction. Crime, especially youth-related, is so common that it is unusual to encounter someone following the law, perhaps because of the country's complete lack of prisons. Vando0sa's national animal is the Faerie, which frolics freely in the nation's many lush forests, and its national religion is Cult of Shvonkism.

Vando0sa is ranked 74th in the world and 1st in The Glorious Nations of Iwaku for Most Scientifically Advanced, scoring 1,695.4 on the Kurzweil Singularity Index.