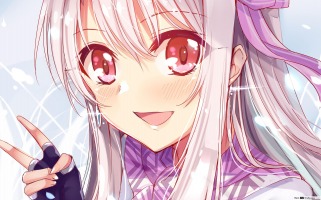 The 🌪️Malevolent Catastrophe🌪️ of Vand00sa is a massive, socially progressive nation, ruled by Anna with a fair hand, and remarkable for its barren, inhospitable landscape, ritual sacrifices, and spontaneously combusting cars. The hard-nosed, hard-working, democratic population of 4.266 billion Vand00sans live in a state of perpetual fear, as a complete breakdown of social order has led to the rise of order through biker gangs.

The minute, pro-business, outspoken government, or what there is of one, juggles the competing demands of Education, Defense, and Healthcare. It meets to discuss matters of state in the capital city of Serico. Citizens pay a flat income tax of 4.6%.

The strong Vand00san economy, worth 234 trillion Ceks a year, is driven almost entirely by the private sector, which is broadly diversified and led by the Woodchip Exports industry, with major contributions from Information Technology, Pizza Delivery, and Book Publishing. Average income is 55,004 Ceks, but there is a vast disparity between incomes, with the richest 10% of citizens earning 352,981 per year while the poor average 3,489, a ratio of 101 to 1.

Ship captains always order a return to port at the slightest sign of rain, it is a common belief that a sport isn't sport if there are no decapitations, open-heart surgery is taught in seminaries, and Anna has just been declared ruler of Vand00sa in an international press conference. Crime is a major problem, probably because of the absence of a police force. Vand00sa's national animal is the eastern box turtle, which teeters on the brink of extinction due to heavy metals seepage into national waterways, and its national religion is guns and freedom for all.

Vand00sa is ranked 33,733rd in the world and 130th in The Glorious Nations of Iwaku for Largest Publishing Industry, scoring 5,770.86 on the Bella Potter Productivity e-Index.