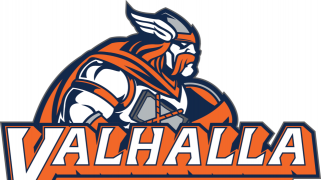 The Student Body of Valhalla High School is a colossal, cultured nation, ruled by Principle with an even hand, and remarkable for its frequent executions, national health service, and free-roaming dinosaurs. The compassionate, hard-working population of 9.225 billion Valhalla High Schoolers have some civil rights, but not too many, enjoy the freedom to spend their money however they like, to a point, and take part in free and open elections, although not too often.

The large government prioritizes Education, with Environment, Healthcare, and Industry also on the agenda, while Spirituality receives no funds. It meets to discuss matters of state in the capital city of The Principal's Office. The average income tax rate is 87.7%, and even higher for the wealthy.

The frighteningly efficient Valhalla High Schoolian economy, worth a remarkable 1,454 trillion dollars a year, is quite specialized and led by the Information Technology industry, with major contributions from Tourism, Book Publishing, and Soda Sales. Average income is an impressive 157,647 dollars, and evenly distributed, with the richest citizens earning only 2.7 times as much as the poorest.

Sales of trenchcoats are on the rise, translators have been hired to deal with the varying regional accents during national political debates, a National Academy regulates grammar and usage, and country folk are sent to obligatory boarding schools to learn how to be civilized. Crime is totally unknown, thanks to a capable police force and progressive social policies in education and welfare. Valhalla High School's national animal is the norseman, which frolics freely in the nation's many lush forests, and its national religion is Education.

Valhalla High School is ranked 2,131st in the world and 1st in Valhalla for Largest Soda Pop Sector, scoring 12,776.09 on the Addison-Fukk Productivity Rating.