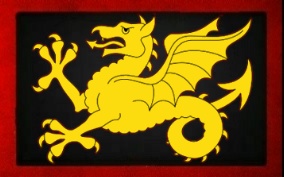 The Empire of Valabui is a colossal, efficient nation, renowned for its barren, inhospitable landscape, public floggings, and complete absence of social welfare. The hard-nosed, hard-working, devout population of 6.864 billion Valabuians are free to succeed or fail in life on their own merits; the successful tend to enjoy an opulent (but moralistic) lifestyle, while the failures can be seen crowding out most jails.

The very strong Valabuian economy, worth 466 trillion Valoes a year, is broadly diversified and led by the Arms Manufacturing industry, with significant contributions from Woodchip Exports, Gambling, and Book Publishing. Average income is 67,981 Valoes, but there is a large disparity between incomes, with the richest 10% of citizens earning 261,377 per year while the poor average 12,175, a ratio of 21.5 to 1.

A stitch in time could see you serving nine, politicians take citizens for idiots, school children are forced to sing the national anthem every morning, and an aboriginal talking stick is used for leaders' debates at election time. Crime is moderate, possibly because it is difficult to make it through a day without breaking one of the country's many regulations. Valabui's national animal is the Tiger, which teeters on the brink of extinction due to widespread deforestation.

Valabui is ranked 146,394th in the world and 4th in New Yellow Empire for Largest Furniture Restoration Industry, scoring 438.42 on the Spitz-Pollish Productivity Index.

Most Recent Government Activity: 52 minutes ago