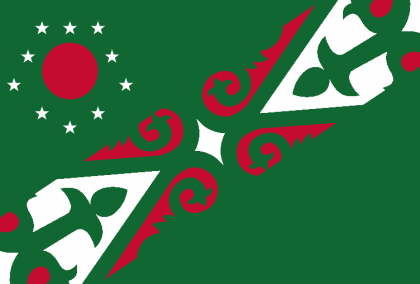 The Hacking Encore of Upper Sunrise Islands is a gargantuan, safe nation, ruled by Bl00dSp1r1t-1 with an even hand, and remarkable for its state-planned economy and punitive income tax rates. The hard-nosed, hard-working, democratic population of 11.688 billion Encorian Hackers have some civil rights, but not too many, enjoy the freedom to spend their money however they like, to a point, and take part in free and open elections, although not too often.

The enormous government juggles the competing demands of Industry, Education, and Healthcare. It meets to discuss matters of state in the capital city of Pseudo Cortex City. The average income tax rate is 63.5%.

The strong Encorian economy, worth 552 trillion IslandBits a year, is driven entirely by a combination of government and state-owned industry, with private enterprise illegal. The industrial sector, which is broadly diversified, is led by the Pizza Delivery industry, with major contributions from Woodchip Exports, Information Technology, and Tourism. Average income is 47,231 IslandBits, and evenly distributed, with the richest citizens earning only 4.0 times as much as the poorest.

Upper Sunrise Islands is ranked 96,185th in the world and 6th in Sonnel for Fattest Citizens, with 11.52 Obesity Rate.