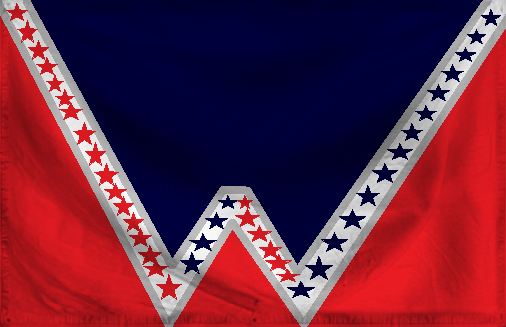 The Southeast Texan Republic of United States of Woodward is a gargantuan, genial nation, ruled by The Big W with a fair hand, and renowned for its museums and concert halls, strictly enforced bedtime, and stringent health and safety legislation. The compassionate, democratic, cheerful, devout population of 18.019 billion Woodwardians love a good election, and the government gives them plenty of them. Universities tend to be full of students debating the merits of various civil and political rights, while businesses are tightly regulated and the wealthy viewed with suspicion.

The government — a sprawling, bureaucracy-choked morass — juggles the competing demands of Defense, Education, and Law & Order. It meets to discuss matters of state in the capital city of New Houston. The income tax rate is 100.0%.

The frighteningly efficient Woodwardian economy, worth a remarkable 3,354 trillion Dollars a year, is highly specialized and mostly made up of the Tourism industry, with significant contributions from Arms Manufacturing. State-owned companies are reasonably common. Average income is an impressive 186,183 Dollars, and distributed extremely evenly, with little difference between the richest and poorest citizens.

Ambulances aren't allowed to overtake hearses, Woodwardian junkies argue that poppy stalks are ornamental flowers, owning a really cute pet is grounds for immediate investigation, and history textbook pages are used as impromptu tissues by distraught students. Crime, especially youth-related, is totally unknown, thanks to the all-pervasive police force and progressive social policies in education and welfare. United States of Woodward's national animal is the Lion, which frolics freely in the nation's many lush forests, and its national religion is Catholicism.

United States of Woodward is ranked 233,543rd in the world and 180th in Texas for Largest Publishing Industry, scoring -17.89 on the Bella Potter Productivity e-Index.