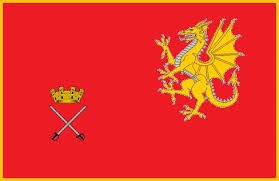 The Empire of United Nationalist Republic is a gargantuan, socially progressive nation, ruled by Jimmy Pearce with an even hand, and notable for its deadly medical pandemics, keen interest in outer space, and irreverence towards religion. The hard-nosed, humorless population of 15.6 billion Nationalist Republicans enjoy extensive civil freedoms, particularly in social issues, while business tends to be more regulated.

The medium-sized, corrupt, liberal government is dominated by the Department of Defense, with Industry, Education, and Administration also on the agenda, while Spirituality and International Aid receive no funds. It meets to discuss matters of state in the capital city of Newport City. The income tax rate is 100%.

The frighteningly efficient United Nationalist Republician economy, worth a remarkable 9,850 trillion Quid a year, is driven entirely by a combination of government and state-owned industry, with private enterprise illegal. However, for those in the know, there is an enormous, deeply entrenched, broadly diversified black market in Arms Manufacturing, Information Technology, Tourism, and Book Publishing. The private sector mostly consists of enterprising ten-year-olds selling lemonade on the sidewalk, but the government is looking at stamping this out. Average income is a breathtaking 631,435 Quid, and distributed extremely evenly, with little difference between the richest and poorest citizens.

United Nationalist Republic is ranked 146,154th in the world and 212th in United Kingdom for Most Politically Free, scoring 54.48 on the Diebold Election Inking Scale.

Hong Kong in the Republic of China,

The Soviet Republik of Lithunija,