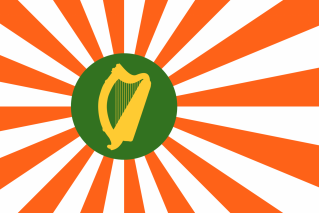 The Greater Christian Empire of United Great Holy Empire is a colossal, cultured nation, ruled by Prime Minister Hans Wrobels with an iron fist, and renowned for its museums and concert halls, ubiquitous missile silos, and zero percent divorce rate. The hard-nosed, hard-working, cynical, devout population of 8.042 billion Greater Christians are kept under strict control by the oppressive government, which measures its success by the nation's GDP and refers to individual citizens as "human resources."

The medium-sized, corrupt, moralistic, well-organized government juggles the competing demands of Defense, Law & Order, and Education. It meets to discuss matters of state in the capital city of World Central. The average income tax rate is 95.3%.

The frighteningly efficient United Great Holy Empirean economy, worth a remarkable 2,353 trillion Aens a year, is fairly diversified and led by the Arms Manufacturing industry, with major contributions from Book Publishing, Tourism, and Furniture Restoration. Black market activity is rampant. Average income is an amazing 292,710 Aens, and evenly distributed, with the richest citizens earning only 2.5 times as much as the poorest.

The government's new priority is citizens' access to cat videos, 9 out of 10 consumers think that vitamins can cure cancer, saying "don't do anything that Prime Minister Hans Wrobels wouldn't do" doesn't exclude a great deal, and crossword puzzles have been co-opted as a symbol of racial discrimination. Crime, especially youth-related, is totally unknown, thanks to a well-funded police force and progressive social policies in education and welfare. United Great Holy Empire's national animal is the Japanese Eagle, which is also the nation's favorite main course, and its national religion is Greater Christianity.

United Great Holy Empire is ranked 224,585th in the world and 8,378th in the South Pacific for Lowest Overall Tax Burden, scoring -414.52 on the Hayek Index.