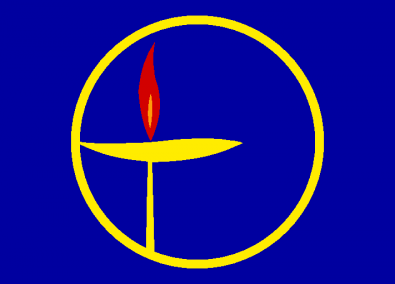 The Matriarchy of Unitarian Universalism is a colossal, genial nation, ruled by the Council of Supervisors with a fair hand, and renowned for its multi-spousal wedding ceremonies, state-planned economy, and punitive income tax rates. The compassionate, democratic, devout population of 7.493 billion Unitarian Universalists are free to do what they want with their own bodies, and vote for whomever they like in elections; if they go into business, however, they are regulated to within an inch of their lives.

The enormous, socially-minded, outspoken government juggles the competing demands of Education, Healthcare, and Welfare. It meets to discuss matters of state in the capital city of Comity. The average income tax rate is 69.8%, and even higher for the wealthy.

The large but underdeveloped Unitarian Universalist economy, worth 255 trillion Hugs a year, is driven entirely by a combination of government and state-owned industry, with private enterprise illegal. The industrial sector, which is quite specialized, is led by the Information Technology industry, with major contributions from Tourism, Book Publishing, and Pizza Delivery. Average income is 34,137 Hugs, and distributed extremely evenly, with practically no difference between the richest and poorest citizens.

The government has announced its plans to construct a giant weaponised robot-cat, the Comity Film Festival recently voted 'Unitarian Universalist Getting Hit By Football' as best film, the song 'They Got an Awful Lot of Coffee in Unitarian Universalism' is a smash hit, and park rangers struggle to deal with a rash of stolen pic-a-nic baskets. Crime, especially youth-related, is totally unknown, thanks to a capable police force and progressive social policies in education and welfare. Unitarian Universalism's national animal is the Dove, which soars majestically through the nation's famously clear skies, and its national religion is Unitarian Universalism.

Unitarian Universalism is ranked 44,214th in the world and 2nd in The Realms of Light for Healthiest Citizens, with 6.08 bananas ingested per day.