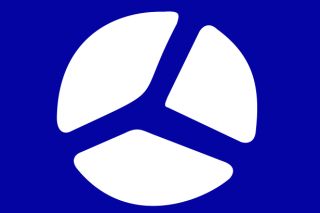 The Neverending Spreadsheets of Unibot III is a gargantuan, environmentally stunning nation, ruled by Eduard Heir with an even hand, and renowned for its museums and concert halls, keen interest in outer space, and soft-spoken computers. The compassionate, devout population of 24.53 billion Unibotians are fiercely patriotic and enjoy great social equality; they tend to view other, more capitalist countries as somewhat immoral and corrupt.

The government — a sprawling, bureaucracy-choked, socially-minded morass — juggles the competing demands of Environment, Education, and Healthcare. It meets to discuss matters of state in the capital city of Unibot Town. The average income tax rate is 90.0%, and even higher for the wealthy.

The very strong Unibotian economy, worth a remarkable 1,571 trillion Heirlooms a year, is driven entirely by a combination of government and state-owned industry, with private enterprise illegal. The industrial sector, which is highly specialized, is mostly made up of the Information Technology industry, with significant contributions from Book Publishing and Arms Manufacturing. Average income is 64,079 Heirlooms, and distributed extremely evenly, with practically no difference between the richest and poorest citizens.

From the highest mountain to the deepest cave - one can always count on finding a good cell signal in Unibot III, in life full of care there is no time to stop and stare, anti-tourism militias patrol the borders, and it is technically inaccurate to call the dead 'worm food'. Crime is totally unknown, thanks to the all-pervasive police force and progressive social policies in education and welfare. Unibot III's national animal is the Walrus, which frolics freely in the nation's sparkling oceans, and its national religion is Defenderism.

Unibot III is ranked 271,711th in the world and 3rd in The End for Largest Automobile Manufacturing Sector, scoring -17.03 on the Henry Ford Productivity Index.