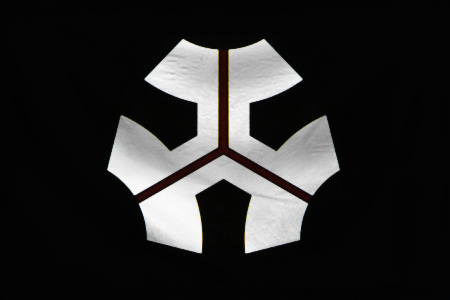 The Holy Empire of UltimaWeapon is a gargantuan, orderly nation, ruled by Empress Josefine Mahler with an iron fist, and notable for its keen interest in outer space, rampant corporate plagiarism, and stringent health and safety legislation. The hard-nosed, cynical, humorless population of 36.407 billion Ultimen are ruled by a mostly-benevolent dictator, who grants the populace the freedom to live their own lives but watches carefully for anyone to slip up.

The minute, corrupt, well-organized government, or what there is of one, juggles the competing demands of Defense, Education, and Industry. It meets to discuss matters of state in the capital city of Klonio. Income tax is unheard of.

The frighteningly efficient Ultiman economy, worth an astonishing 17,125 trillion Krojiras a year, is driven entirely by a combination of government and state-owned industry, with private enterprise illegal. However, for those in the know, there is a large, well-organized, broadly diversified black market in Arms Manufacturing, Information Technology, Uranium Mining, and Gambling. The private sector mostly consists of enterprising ten-year-olds selling lemonade on the sidewalk, but the government is looking at stamping this out. Average income is an amazing 470,376 Krojiras, and evenly distributed, with the richest citizens earning only 2.4 times as much as the poorest.

Heirs who take too long in the bathroom are declared missing and presumed dead, the full title of Hon Empress Josefine Mahler Vcte Mgve MF HEULM GCUE runs to several pages, babysitters are a thing of the past, and members of the government all have oddly similar anecdotes about their childhoods. Crime, especially youth-related, is totally unknown. UltimaWeapon's national animal is the Komoco, which is also the nation's favorite main course.

UltimaWeapon is ranked 9,857th in the world and 45th in The Glorious Nations of Iwaku for Largest Agricultural Sector, scoring 7,259.16 on the Mu-Bah-Daggs Productivity Index.