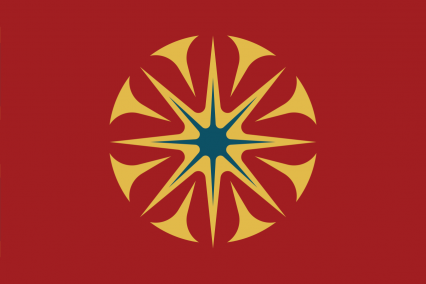 The Confederacy of Ulajhan is a massive, cultured nation, ruled by President De'Sakat with an even hand, and renowned for its pith helmet sales, compulsory military service, and irreverence towards religion. The hard-working, cynical population of 1.156 billion Ulajhanians have some civil rights, but not too many, enjoy the freedom to spend their money however they like, to a point, and take part in free and open elections, although not too often.

The medium-sized government is primarily concerned with Defense, with Law & Order, Education, and Administration also on the agenda, while Spirituality and International Aid aren't funded at all. It meets to discuss matters of state in the capital city of Transport 221. The average income tax rate is 30.2%, but much higher for the wealthy.

The powerhouse Ulajhanian economy, worth 102 trillion UC - Dollars a year, is broadly diversified and led by the Arms Manufacturing industry, with significant contributions from Retail, Information Technology, and Basket Weaving. Average income is 88,792 UC - Dollars, and evenly distributed, with the richest citizens earning only 2.9 times as much as the poorest.

A traveller who once stubbed a toe on an Air Brancaland flight has been offered asylum, many whiskies taste suspiciously like automobile radiators, psychiatrists bizarrely accompany President De'Sakat to meetings with foreign heads of state, and advert breaks are played at lower volumes to make them easier to ignore. Crime, especially youth-related, is totally unknown, thanks to a capable police force and progressive social policies in education and welfare. Ulajhan's national animal is the Giant Alkatrots, which teeters on the brink of extinction due to widespread deforestation.

Ulajhan is ranked 40,928th in the world and 25th in The Frontier for Most Developed, scoring 70.99 on the Human Development Index.

Most Recent Government Activity: 106 minutes ago