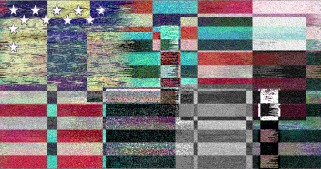 The Collective of Uiiop is a gargantuan, socially progressive nation, ruled by Eli Jones with a fair hand, and notable for its soft-spoken computers, keen interest in outer space, and punitive income tax rates. The compassionate, democratic, cheerful population of 19.304 billion Poises hold their civil and political rights very dear, although the wealthy and those in business tend to be viewed with suspicion.

The enormous, liberal, outspoken government prioritizes Education, although Healthcare, Industry, and Environment are also considered important, while Spirituality isn't funded at all. It meets to discuss matters of state in the capital city of Oxford. The average income tax rate is 99.7%.

The frighteningly efficient Uiiopian economy, worth a remarkable 4,236 trillion bucks a year, is driven entirely by a combination of government and state-owned industry, with private enterprise illegal. The industrial sector, which is highly specialized, is mostly made up of the Information Technology industry, with significant contributions from Tourism. Average income is an amazing 219,468 bucks, and distributed extremely evenly, with little difference between the richest and poorest citizens.

Shady doctors seem to have impeccable records, political detractors refer to Eli Jones as 'that Bigtopian puppet', the typical murderer weighs 150kg and has hairy arms, and a traveller who once stubbed a toe on an Air Brancaland flight has been offered asylum. Crime is totally unknown, thanks to a capable police force and progressive social policies in education and welfare. Uiiop's national animal is the Flying Lawnmower, which soars majestically through the nation's famously clear skies.