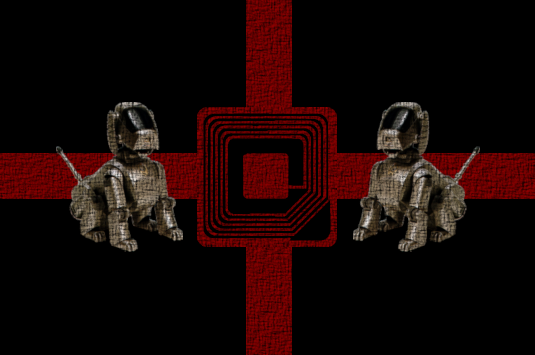 The Holy Empire of TypoTech is a colossal, cultured nation, ruled by His Grand High Royalness with an iron fist, and remarkable for its compulsory military service, frequent executions, and parental licensing program. The hard-nosed, cynical, humorless population of 7.121 billion TypoTechians are ruled by a mostly-benevolent dictator, who grants the populace the freedom to live their own lives but watches carefully for anyone to slip up.

The enormous, corrupt government prioritizes Defense, with Education, Healthcare, and Law & Order also on the agenda, while Spirituality and Welfare are ignored. It meets to discuss matters of state in the capital city of R'lyeh. The average income tax rate is 74.1%, and even higher for the wealthy.

The very strong TypoTechian economy, worth 605 trillion Embeded RFID Tags a year, is quite specialized and led by the Arms Manufacturing industry, with major contributions from Book Publishing, Beef-Based Agriculture, and Tourism. Black market activity is rampant. State-owned companies are reasonably common. Average income is 84,988 Embeded RFID Tags, and evenly distributed, with the richest citizens earning only 2.2 times as much as the poorest.

4-year-olds are often found reminiscing about the 'good old days', weight loss clubs that guarantee losing a stone a month are talking about misplacing rocks, corrupt paupers spend taxpayer Embeded RFID Tags on liquor and tobacco, and costumed characters wearing Maxtopian Grass leaves remind citizens that the government now sells the green stuff. Crime, especially youth-related, is totally unknown, thanks to a very well-funded police force and progressive social policies in education and welfare. TypoTech's national animal is the Winged Aibo, which is also the nation's favorite main course, and its national religion is Psychadellia.

TypoTech is ranked 3,749th in the world and 113th in Lazarus for Most Influential, scoring 22,150 on the Soft Power Disbursement Rating.

State of Cascadia, and