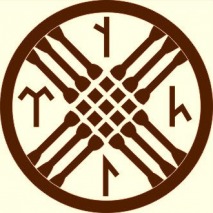 The Waldgängers of Turulorszag is a gargantuan, socially progressive nation, ruled by HRH Kende Friedrich Jünger Hunyadi with an even hand, and renowned for its rum-swilling pirates, triple-decker prams, and anti-smoking policies. The hard-nosed, humorless population of 13.088 billion Turulyars are fiercely patriotic and enjoy great social equality; they tend to view other, more capitalist countries as somewhat immoral and corrupt.

It is difficult to tell where the omnipresent, corrupt government stops and the rest of society begins, but it is effectively ruled by the Department of Environment, with Welfare and Spirituality not funded at all. It meets to discuss matters of state in the capital city of Sárkány Vár. The average income tax rate is 96.3%.

The strong Turulorszagian economy, worth a remarkable 1,893 trillion Bananas a year, is driven almost entirely by government activity. The industrial sector is solely comprised of the Book Publishing industry. Average income is an impressive 144,645 Bananas, and evenly distributed, with the richest citizens earning only 2.1 times as much as the poorest.

The countryside is shrouded by wind farms, tourists from around the world come to visit the country's famous rainforests, drills and shovels have been banned as the government cracks down on any means of fracking, and groups of government workers are declared protected tribes if they venture too deep into the Capitol. Crime is all-pervasive, perhaps because of the country's complete lack of prisons. Turulorszag's national animal is the Golden Stag, which frolics freely in the nation's many lush forests, and its national religion is Pan-Turkic Shamanism.

Turulorszag is ranked 239th in the world and 4th in Osiris for Most Popular Tourist Destinations, with 4,057.92 Tourists Per Hour.