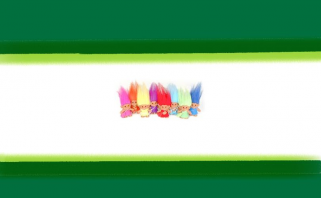 The Insane Ramblings of Troll-la-la is a gargantuan, safe nation, ruled by Olaf the Insane Troll with a fair hand, and renowned for its smutty television, national health service, and devotion to social welfare. The compassionate, democratic, cheerful, devout population of 31.406 billion Trolls love a good election, and the government gives them plenty of them. Universities tend to be full of students debating the merits of various civil and political rights, while businesses are tightly regulated and the wealthy viewed with suspicion.

It is difficult to tell where the omnipresent, socially-minded government stops and the rest of society begins, but it juggles the competing demands of Environment, Education, and Social Policy. It meets to discuss matters of state in the capital city of Anyanka. The average income tax rate is 98.9%.

The Troll-la-lan economy, worth a remarkable 3,181 trillion singles a year, is driven almost entirely by government activity. The industrial sector, which is extremely specialized, is mostly made up of the Book Publishing industry, with significant contributions from Cheese Exports. Average income is an impressive 101,295 singles, and distributed extremely evenly, with practically no difference between the richest and poorest citizens.

Foreign investment has dropped to a trickle after laws were passed preventing investors from taking their earnings abroad, turnstile jumpers grow up to be tax cheats, hospitals fear government fines more than terrorist ransoms, and plain-clothes police officers follow Dàguó tourists everywhere they go. Crime is totally unknown, thanks to a well-funded police force and progressive social policies in education and welfare. Troll-la-la's national animal is the puffin, which soars majestically through the nation's famously clear skies.

Troll-la-la is ranked 3,414th in the world and 11th in Wysteria for Most Advanced Public Education, scoring 16,859.17 on the Edu-tellignce® Test Score.