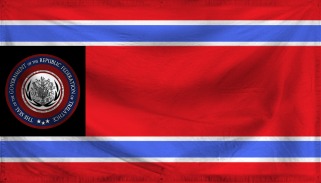 The Republic Federation of Trelatche is a gargantuan, cultured nation, ruled by President Robert Anderson with a fair hand, and notable for its complete lack of prisons, punitive income tax rates, and stringent health and safety legislation. The compassionate, democratic population of 13.115 billion Trelatcheans are free to do what they want with their own bodies, and vote for whomever they like in elections; if they go into business, however, they are regulated to within an inch of their lives.

The enormous, outspoken government juggles the competing demands of Education, Healthcare, and Industry. It meets to discuss matters of state in the capital city of Mediete. The average income tax rate is 92.7%, and even higher for the wealthy.

The frighteningly efficient Trelatchean economy, worth a remarkable 1,647 trillion Simoleons a year, is led by the Tourism industry, with major contributions from Book Publishing, Automobile Manufacturing, and Furniture Restoration. State-owned companies are common. Average income is an impressive 125,624 Simoleons, and distributed extremely evenly, with practically no difference between the richest and poorest citizens.

It is rumoured that President Robert Anderson uses a magic 8-ball to make policy decisions, new government leaflets tell coeliac children to eat more crisps, medical experts advise that those claiming to be medical experts are probably fraudsters, and the right school tie opens more doors than the right qualification. Crime is totally unknown, thanks to a capable police force and progressive social policies in education and welfare. Trelatche's national animal is the penguin, which is also the nation's favorite main course.

Trelatche is ranked 2,030th in the world and 70th in the South Pacific for Least Corrupt Governments, with 96.24 Percentage Of Bribes Refused.